“Fear is that little darkroom where negatives are developed”

I grew up on a modern housing development of identikit homes built for those who were prospering in Thatcher’s Britain of the late 70’s and early 80’s. Surrounded by school friends, I lead a fairly idyllic life with more freedom than I would ever grant my own children of a comparable age. We were brought up with strict rules about not venturing beyond certain landmarks. Of course we ignored these rules. As a result I associated these places with excitement, danger, anxiety and fear. What was it that my parents feared? What unnamed dangers awaited us and lurked behind the bushes?

For my research for this project I revisited these places and was surprised to find I still had a profound ‘sense of place’, defined by  Liggett (2007, p. 20) as:

“the way we emotionally respond to our environment…. [It] can evoke very strong memories of sites, places or landscapes….Thus it is not necessarily natural features that inspire the artists, but rather a reflection on the symbolic dimensions of the physical environment”.

I used these resulting emotions to inspire this body of work using photography, both contemporary and historic, print and paint. Landscape is used as a metaphor for the excitable fears of childhood, the nightmares of parenthood. Using landscape elements I explore to what extent you can transform innocent, even banal scenes into new, more sinister, but entirely artificial, narratives. I have explored the ways in which it is possible to convey such heightened emotions to an audience, using some of the conventions of horror films and forensic photography. The results are scenes where implication and suggestion are used to recreate fears that are as intangible, as ephemeral and as unsettling as those I felt as a child.

The following work was produced between October 2012 and January 2013. 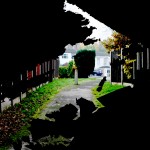 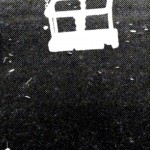 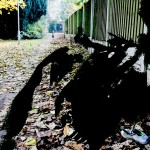 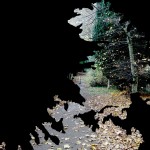 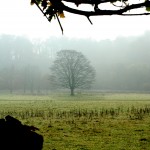 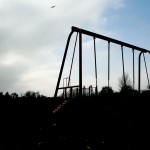 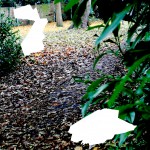 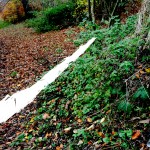 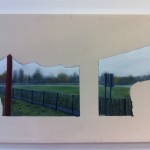